Jim Dunnigan voted in favor of taking legal action leading to Utah’s control of federal lands. This bill – in its aim for state sovereignty – would mean your loss of hunting, fishing, and recreating grounds in favor of private interests. Dunnigan voted for a frivolous land grab lawsuit that would cost Utahns hundreds of millions

Jim Dunnigan and the Prison

Concerns about the prison relocation began as far back as 2013. City Weekly reported fears of conflicts of interest regarding unlocking land for development and connections to Sen. Niederhauser, who stood to profit from the prison relocation. As discussions continued over the following years, public comment was not considered during prison meetings, and a 2015 poll

The Salt Lake Tribune wrote an editorial in March 2016 calling Dunnigan’s Medicaid bill “a shameful admission that anti-federal, anti-poor, anti-administration politics matter more in Utah, or at least in its so-called House of Representatives, than does anything approaching human decency.” Some scathing words! Although his bill covered the neediest of the needy, thousands were

Source: Salt Lake City Weekly Medicaid Expan … er … Extension More than a few lawmakers were celebrating as the 2016 legislative session drew to a close, patting themselves on the back for finally passing “Medicaid expansion.” The problem, however, as critics have fiercely pointed out, is that what the Legislature passed actually has nothing

OpEd: How is this expansion? Better Utah weighs in on HB437 and Federal Poverty Levels

This afternoon, the Executive Appropriations Committee voted to fund Rep. Dunnigan’s Medicaid proposal, House Bill 437, at extremely low percentages of the Federal Poverty Level. The Appropriations Committee listed only those who are at 0 percent of the Federal Poverty Level, or 55 percent for a parent with a child, are eligible for coverage under 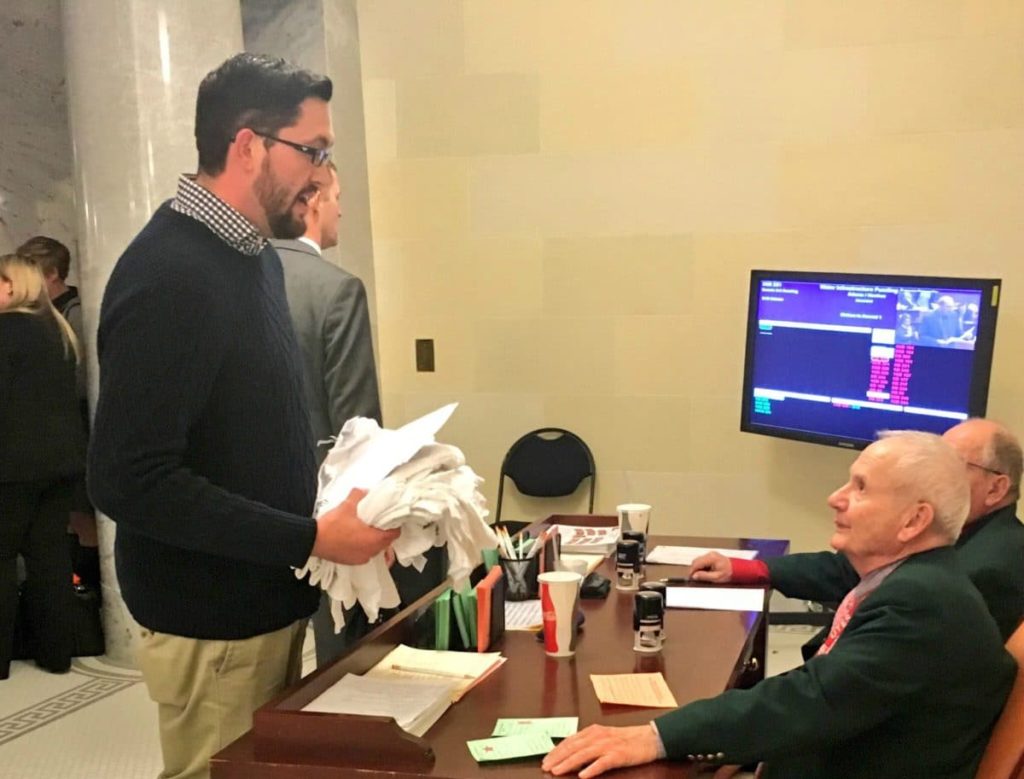 Salt Lake City, Utah – The Alliance for a Better Utah delivered #StillWaiting t-shirts this afternoon to Utah legislators to emphasize the need for continued discussion on Medicaid expansion as we move beyond this legislative session. The full copy of the letter is below: Dear Senator, We first want to acknowledge and recognize the progress

Better Utah responds to passage of HB437 in Senate committee

Salt Lake City, Utah – The Alliance for a Better Utah responded this morning to House Majority Leader Jim Dunnigan’s (R – Taylorsville) bill, HB437, which was passed out of the Senate Health and Human Services Standing Committee by a 5-1 vote. “This vote is the Utah Legislature telling tens of thousands of low-income Utahns

OpEd: HB437 is not Medicaid expansion

To be clear, Rep. James Dunnigan’s HB437 is not Medicaid expansion. In fact, calling it expansion is both disingenuous and misleading. The Affordable Care Act originally proposed a mechanism to ensure that all Americans have access to health care. For most of us, that is the so-called “individual mandate.” For those earning less than 138

By further delaying their own self-imposed deadline, Speaker Hughes and Representative Dunnigan have again revealed their disdain for those less fortunate.