Who is Phil Lyman?

San Juan County, Utah, home to Bear Ears National Monument, has been a haven for controversy and a breeding ground for negative rhetoric for years. Current County Commissioner and long time anti monument champion, Phil Lyman, has not only been at the epicenter of this drama, but more times than not he’s been the one causing it, continually feeding an ‘us vs them’ narrative to the people of San Juan County.

And now he wants to bring his act to the Utah House of Representatives.

With Republican incumbent Mike Noel forgoing his reelection bid, Phil Lyman is the overwhelming favorite to take the reins in House District 73, which spans all of San Juan County and several surrounding rural counties. Name recognition alone may propel Lyman to victory this election season, but is Lyman really known for the right reasons?

Many will remember Phil’s infamous ATV excursion at Recapture Canyon in 2014, a protest ride he organized which resulted in $300,000 in damages to sensitive archaeological areas and a 10 day jail sentence with three years probation for Lyman. It’s also a red flag for a candidate to have a recent conviction on their record accompanied with a well circulated mugshot. Other candidates in Utah have lost races for less. 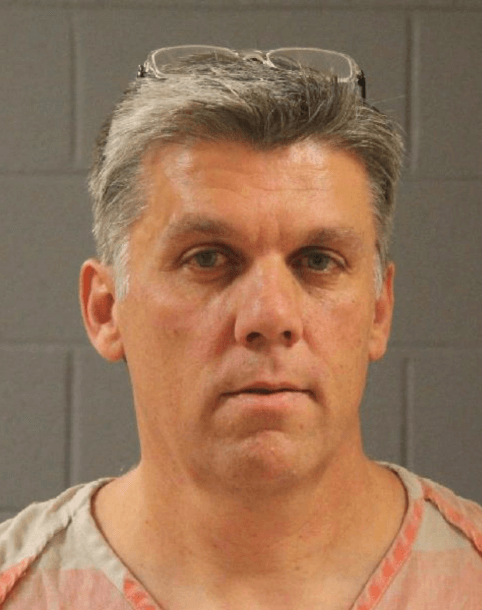 But Lyman’s conviction is viewed by the people of San Juan County as more of a crusade, a small price to pay for standing up to the overreach of the federal government. Such is the narrative in San Juan County due in part to the fearful rallying cries Lyman has pumped to the public for years.

Take, for example, a speech he gave at a ‘Thank You President Trump Rally’ in December of 2017. Lyman, as he often does, deployed scare tactics to embolden the crowd, urging them not to “allow [their] children to become homeless on the continent their forefathers conquered.” Loosely quoting Thomas Jefferson from over 200 years ago who at the time was referring to the threat of private banking, Lyman repeated the line three times in his speech, something he’s denied, however the video proves otherwise.

But that wasn’t the first time he’s made remarks laced with anti Native American sentiments. In a County Council meeting on April 16, 2012, Lyman read a lengthy letter about property taxes in which he flippantly stated, “we can only hope our native people will remain unemployed and poor otherwise we may lose our federal funds.” Again, Phil denied he made the comment, but has since defended the remarks, claiming they were taken out of context. Intention aside, it’s hard to imagine a context where these remarks are appropriate.

Lyman’s path to Capitol Hill can’t completely rely on the support of San Juan County, and it doesn’t. Governor Gary Herbert has been an open supporter of Lyman, donating $10,000 to his legal defense funds in 2015. Lieutenant Governor Spencer Cox, a former San Juan County Commissioner himself, donated $1,000 and has sung Lyman’s praises, calling him “one of the finest individuals [he] knows.” Add these to the handful of endorsements from neighboring county commissioners as well as District 73 incumbent Mike Noel, and the vision for Lyman’s path to the legislature is more clear.

It’s extremely disheartening to see the leaders of our state get behind a political figure who politicizes criminal activity, breeds hate mongering, and spouts divisive anti-native rhetoric all in order to strengthen his name ID and climb the political ranks.

Lyman has been a driving force been behind multiple lawsuits over public land access and  paints himself as a fighter for the common folk. But the new “Make it Monumental” marketing campaign the County Commission recently announced heavily contradicts the narrative he’s spun in San Juan County over the years. 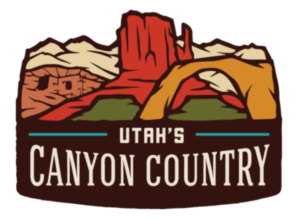 The plan aims to bring in tourists from surrounding states to visit San Juan County on their way to the very monuments San Juan County has been opposed to for years. The commission is now, more or less, asking the people of San Juan County to embrace the monuments so they can stimulate the county economy. But will increased tourism lead to increased revenue for the locals of San Juan County? The recent push for Community Reinvestment Areas makes that notion hard to believe.

CRAs, intended to increase economic development within the community, will essentially reimburse developers 75% of their property taxes over a 20 year period. The county has recently doled out CRAs to hotel developers in order to align with the new marketing plan of attracting tourists to San Juan County. Phil Lyman, who sits on the agency board in charge of the CRAs stands to receive a $1.75 million tax reimbursement for a Fairfield Mariott hotel he’s building in Blanding.

Lyman seeking CRA funds for his own development is the peak of hypocrisy. An interview  with the Canyon Country Zephyr in September especially reveals this. Lyman touched on development in San Juan County stating, “if someone wants to build a resort style hotel, sell alcohol, rent jeeps, and give river tours, God bless ‘em.” He added, “if someone else wants to try to create an outdoor school to promote appreciation for Gaia and her many gifts, God bless them too as long as they do it with their own money and not with government subsidies.” But the CRA Lyman is due to receive for his hotel is literally a government subsidy. Apparently the rules don’t apply to Commissioner Lyman.

Between the about-face marketing plan and the CRA designations, the residents of San Juan County have to feel bamboozled and some have already spoken out, calling it unfair not to offer support to local businesses first. One women claimed most of the residents “see media-motivated tourism as the #1 enemy of this pristine property.” So does Lyman, or at least he did, until he decided he could profit off it under the guise of keeping San Juan County afloat.

Lyman’s genuine concern for the economic future of San Juan County is questionable, especially when the county’s general fund balance was significantly depleted to pursue multiple lawsuits (from $9,058,879 in 2015 to $4,310,480 in 2017). This includes lawsuits over the monuments he and his fellow commissioners are now openly promoting.

An interview with Four Corners Press from May of this year sheds more light on Lyman’s so-called concern for San Juan County’s finances, when he responded to the possibility of the county going bankrupt with “sometimes you do the right thing and deal with the consequences as they come.” He added that he’d “spend every resource at [his] disposal to fight what is a tremendous injustice.” It’s hard to believe Lyman truly feels these monument designations are a tremendous injustice when they are now the emphasis of a marketing campaign he approved and stands to benefit from.

With a documented history of misleading constituents in a litany of ways, as we’ve outlined,  it’s plain to see why the perception of Mr. Lyman from those not living in his district, thus not subjected to his tireless hyperbole, is often negative. We wholeheartedly oppose his candidacy for the Utah State Legislature and encourage the voting public of House District 73 to hold him responsible for his actions and empty promises this election season and, if elected, throughout his tenure as Representative.