In her 12 years of teaching and 13 years as principal, Amy Martz has worked to provide the best for Utah students. She cares so much for her students that, when as a principal, she discovered students in need of a home, she applied to be a foster parent and brought them into her own home. She adopted a student in 2008 and three more last year.

As a principal, Martz advocated for children as well as teachers. Her frustration with budgeting restraints built up over the years until she finally made another life-changing decision.

“I just got really tired of having to tell teachers ‘no’ for things that they desperately needed,” she said

In 2012, she quit her high-paying administration job to go back to school to earn a law degree that would enable her to sue the state for education funding.

“The legislature is really going to have to dig deep and find a source of funding; we’re so far behind,” said Martz.

While she finished her degree, Martz returned to part-time teaching at Fox Hills Elementary, taking a nearly 80 percent pay cut while continuing to deal with problems exacerbated by lack of funding.

“I have a new perspective on it from having been a teacher and a principal,” she said. “Now I’m also a student (I’ve done 10 years of college), and now I have these kids. These guys have really made me think about where we are right now with funding for education and that I want to fight for them because they deserve to have a better education.”

The biggest problem, according to Martz, is class size. She said classrooms aren’t made to accommodate so many children.  Last year she had a class of 33 students and said it was very difficult to move around and to stay on top of everything.

“To have 33 was just really unconscionable, and it affected the kids,” said Martz. “You never get 30 people to ever stop talking.”

Because the school added another track, this year she has 19 students, making it easier to monitor student progress, have more one-on-one time and communicate with parents. Behavior is also better, she said.

“It’s a whole different experience to have a class size like the rest of the nation,” she said.

She’d also like to have the means to provide more technology opportunities for her students.

“We’re fighting over a set of Chromebooks right now, trying to get technology into everyone’s hands,” she said of the teachers at her school. “I would use it every day for a couple of hours if I could have it but everybody wants it, and it’s hard to get enough for all.”

More school counselors, psychologists and administration should also be a high priority for budgeting, said Martz.

Martz believes many students with behavior problems, that don’t qualify for special education aides, would benefit from one-on-one help in the classroom to help monitor behavior.

“You can’t teach when you are worried about making sure everyone is safe,” said Martz.

Principals spend time chasing these children, she said. When she was a principal, Martz felt her time was consumed with dealing with crises.

“There’s not enough of me to go around to do all the things I need to do,” she said.

Just one principal and a half-time administrative assistant are responsible for the 1,200 students at Fox Hills, illustrating how Utah not only has the highest student-to-teacher ratios but also principal to student ratios.

Martz believes going to court could help bring needed changes to the education budget. She said similar lawsuits have been brought before 46 states—and 27 of them have won.

In the time she’s been working toward her law degree, progress has been made.

In 2016, the Alliance for a Better Utah (betterutah.org) announced its intention to sue the state.

“Better Utah believes that the legislature is not living up to its duty under the Utah Constitution to provide adequate funding for our children’s schools. It is our belief that if the legislature continues to ignore their responsibility to provide for our children’s future, they should face up to their failures in a court of law,” organization officials said in a statement. The Alliance is waiting to see how the legislature will respond. Meanwhile, Alliance Board Chair Josh Kanter encourages the community to let their government leaders know their feelings about the issue.

It’s a slow process that’s not moving fast enough for Our Schools Now (ourschoolsnow.com), a coalition of business and civic leaders who believe local leaders can make better decisions for education funding. They are campaigning for a ballot initiative proposing a tax increase that would generate $700 million each year, increasing spending nearly $1,000 per student.

“New funding will be allocated directly to Utah schools so that the teachers and students of those schools will directly receive the benefits of greater investment in education,” said Austin Cox, campaign manager of the coalition. “We must provide our teachers with the resources they need to teach our students the skills they need for future success.”

Funding from the initiative will be used for teacher salaries, early learning, technology, professional development, class size reduction, additional teachers, counselors, tutors and specialists, or any other purpose to improve student performance. It would not go toward district administration expenses or construction.

Martz is actively involved with the Our Schools Now campaign, collecting signatures (they need 113,000) to get the initiative on the ballot for November 2018. She believes this campaign sends a message to a legislature that hasn’t been willing to take action.

“The people want education so badly that they’re willing to do it themselves and put through this voter initiative,” Martz said. “If it doesn’t go through, that will be very difficult on the lawsuit because it shows the public isn’t willing to pay more money.”

Kanter said it is the outcome of the initiative and whether the legislature responds with a significant change that will determine if the alliance follows through with the lawsuit.

Granite School District has made some progress with its recent 11.67 percent salary increase for teachers. Other districts are expected to follow suit, said Martz.

“The school districts have realized there’s a teacher shortage coming, that they really need to do something to motivate teachers to come to their district,” she said. But she said districts are still limited by funding. “They can do this one-time allotment that’s really going to help, but they don’t have any authority to go higher. The ultimate problem is they’re going to outgrow that tax increase when they need more teachers.”

She is considering going into public service. She feels that she would do well in juvenile defense. Also, being a parent of an autistic child, she said she could help families with special needs children navigate the education system to get the most benefit for their children.

Or she might just return to being a principal.

Either way, she will continue to push for better funding for education, fueled by her own children’s needs.

“I want their education to be better,” she said. “I fight as much for them now as for the kids I had when I was the principal. I consider those my kids, too.” 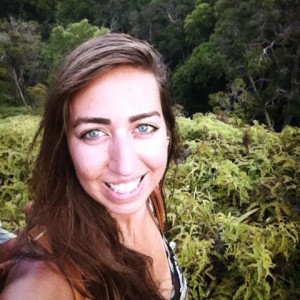