Trust in the Media: a conversation with former journalism professor Doris Schmidt.

Doris Schmidt spent 14 years as an editor for a large regional newspaper in Massachusetts, and 17 years as a journalism professor at Fitchburg State University.  She now splits her time between Belchertown, Massachusetts, and Park City, Utah. She is a super-volunteer with Alliance for a Better Utah.

Lauren: Trust in the media seems to be at an all-time low. Recently, a poll by Axios shows a majority of Americans believe news sources report news they know to be fake, false, or purposely misleading. As an expert in the field, do you have any ideas about what could be causing this?

Doris: Public trust in news organizations has been declining for many years – along with public trust in government, and in financial institutions, and even in organized religion. With such a complex dynamic, there can be no single, simple cause.

For news organizations, though, the blurring of factual news and opinion seems to be playing a major role. A recent Pew Research Center study found that Americans are not particularly good at distinguishing between the two, and that news consumers “are more likely to classify a news statement as factual if it favors their [political] side – whether it is factual or opinion.”

That’s a problem for news outlets, with unfavorable facts and opinions both tending to be called “fake news.” And it’s a bigger problem for democracy. If Americans can’t agree on basic facts, how can they reach a fact-based consensus on any issue?

Lauren: In your opinion, is there any reason to believe news organizations might be less credible than they used to be?

Doris: They may seem less credible now because with so many news outlets to choose among, readers can feel that they’re not getting the “true” story from any one source. In fact, more than half of Americans say the overabundance of available news makes it harder for them to be well informed. It’s not surprising, then, that Americans place the most trust in national network news, and in local and national newspapers – these outlets are more limited in number.

Lauren: That’s surprising to me, but seems like it could be a generational issue as well – young people are far less likely to watch network news, or television news at all. What about the difference between how media consumers perceive local news as opposed to national news outlets?

Doris: Local news, in particular, is seen as more relevant and accountable to the community. As one national journalist explained, “Reporters are like members of Congress: Everybody hates them in general, but loves their own. When I was growing up … everybody got the local newspaper. I could recognize the education reporter, Mary Ellen O’Shea, by sight, because she was always in and out of my schools.” 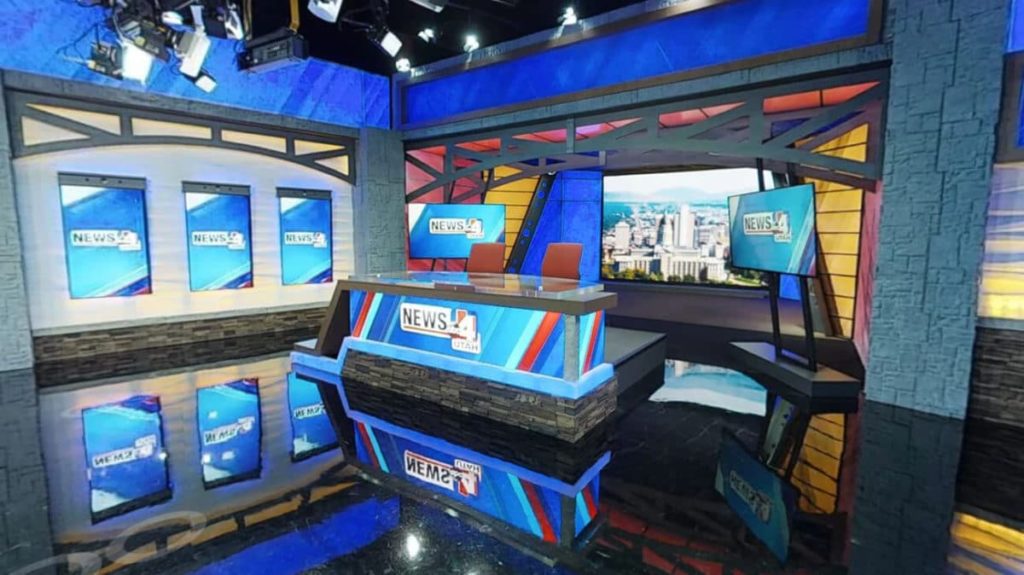 Doris: Yes, to both questions. When I was teaching college journalism, my news assignments included this reminder: “Reporters gather facts and expert opinions from sources, and present them to the readers. The readers, armed with solid information, are then able to draw their own informed conclusions. Reporters cannot insert their own opinions.” It’s an industry standard that’s worth upholding.

Sometimes, though, reporters try too hard to be objective, and the result is false balance – presenting two sides of a story as having equal merit, when the evidence doesn’t support it. In a story about vaccinations, for example, giving equal time to a physician who says vaccinations curb disease and an activist who says they cause autism would be creating a false balance at odds with the scientific consensus.

Lauren: That reminds me of a quote attributed to journalism professor Jonathan Foster: “If someone says it’s raining and another person says it’s dry, it’s not your job to quote them both. Your job is to look out the [expletive] window and find out which is true.”

So then, what is the line between regular, human bias and a reporter being willfully misleading about a story?

Doris: A reporter being willfully misleading about a story is a serious ethical violation. Of the four pillars of the Society of Professional Journalists’ Code of Ethics, the first and most important is is “Seek truth and report it.” Violating that principle is the biggest professional transgression you could make. Are there bad actors? Certainly – think of high-profile cases like Jayson Blair. But the vast majority of reporters are in it for the right reasons.

Sometimes, though, false information is the result of sloppy work. When news sources move too fast and fail to thoroughly check the facts, they can hurt their own credibility.

Lauren: What checks are there against false information in the media?

Doris: One good thing about mainstream corporate media is that they have a professional reputation that affects their bottom line. Their business model is based on reputation. People trust network television news because they see what happens when reporters are held accountable.

Ultimately, journalists are human. They will sometimes make mistakes; the important thing is that they openly acknowledge and correct them. If readers don’t trust news media, they will discount the news  – and that leaves the public uninformed.

I found a bright spot in a major survey saying that eight out of 10 people “believe the news media are critical or very important to our democracy” – and I believe it’s a good thing that they’re willing to insist that news professionals do their jobs and do them correctly.