March for Our Lives and march to the polls

On February 14th, 2018, the entire nation was shaken, once again, with the news of another fatal school shooting in Parkland, Florida. The shooter ultimately killed 17 people with a legally purchased, 223-caliber AR-15 rifle. While this storyline seemed all too familiar, what happened next ignited a counter revolution, nationwide, led by America’s next generation of voters. Groups like March for our Lives and the Never Again Movement, initiated and organized by young people, signaled a new direction​ ​and opportunity for young people to get involved with grassroot politics. This resistance, sparked by Parkland high school students, some not even old enough to vote yet, created a massive movement across the nation.

From hundreds of school walkouts to peaceful protests, young high school students from all over the US demanded the attention of politicians and proved themselves to be more than “just a bunch of kids.” This backlash not only brought light to much needed policy changes, but also created a shift in the way some of us see young protestors and grassroots efforts. The original March for our Lives, which was held in Washington DC this past March, spawned hundreds of smaller student-led groups across the US. 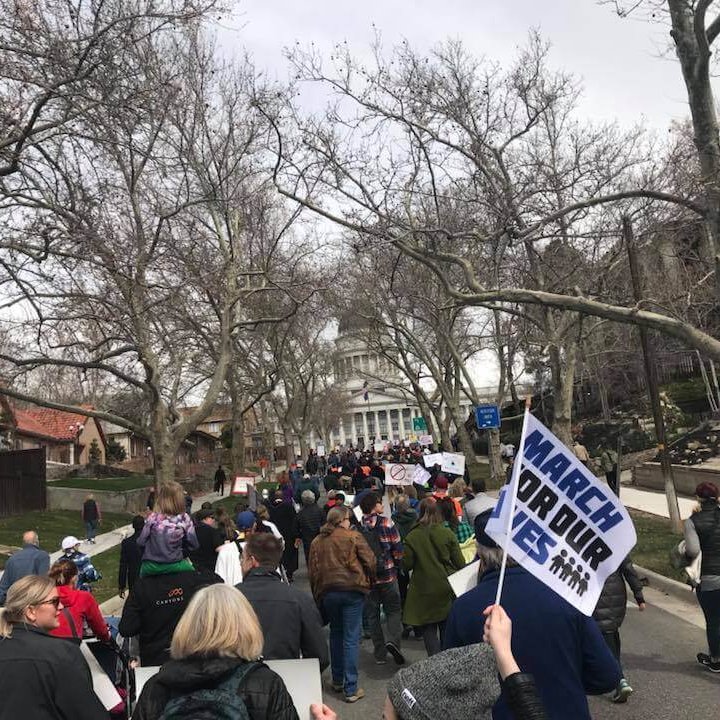 Locally, this effort is represented by March for our Lives Utah, and I recently had the opportunity to talk with Anna Penner, a senior at West High School and the Public Relations Director for March for our Lives Utah. Anna participated in her school’s walkout and even spoke at their protest. Anna explained how being involved with this group has enforced a deeper understanding of grassroot efforts and their importance in politics. She also explained that being a part of this group has instilled a passion for change and has persuaded her to study political science next fall. Anna spoke to how she wants to change the pattern politics has fallen into, and that being an active leader for March for our Lives Utah has greatly informed her future choices in politics. 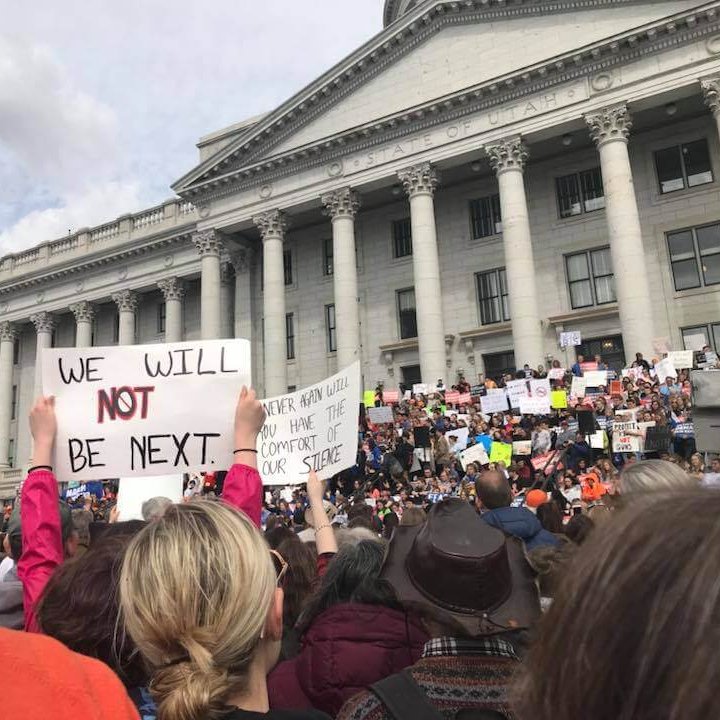 March for our Lives Utah has hosted voter registration events at local schools, partnered with local politicians with the goal of better implementing gun control at a state level, created outreach programs for high schools that are not yet involved, and is completely student-led.​ ​Just this passed year, March for our Lives Utah has partnered with local politicians and candidates such as Lee Castillo, Derek Kitchen, Dan Johnson, and many others. These students are our future leaders, voters, and politicians, and now is the time to inspire them to make their voices heard.

There has always been an unspoken yet seemingly impenetrable line between the government and our citizenry. As a young student myself I know that it can feel as if you are screaming into the void when trying it implement any kind of positive change in both local and federal government. These groups, solely led by young activists, are giving hope to the rest of us that it is indeed possible to have your voice heard. One of the greatest disappointments of our country is the failure to emphasize the importance of participating in our democratic process to the next generation. So many of my fellow peers are not even registered to vote, simply because they believe their voices and opinions do not matter. We need to appreciate and remember the importance of small grassroots organizations like March for our Lives Utah, that are making big differences and a positive impact. The sum of our efforts is greater than its parts. Let’s make this November’s turnout one of the best for young and first-time voters.

Emily is a communications intern with Alliance for a Better Utah.